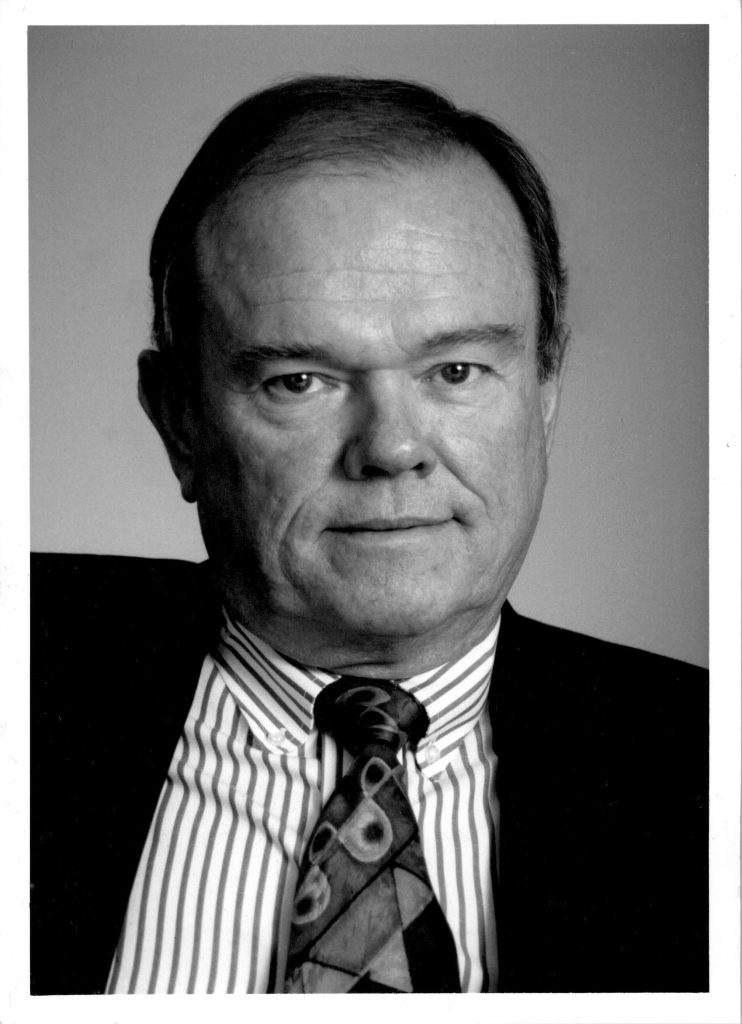 Charles “Charlie” Thomas Goolsbee, 83, died of natural causes on June 24th, 2018 at 8:24 PM in Houston, Texas. His wife Carol Goolsbee, daughter Cathy Barta, his son-in-law Tim Barta, and his son Charles Thomas Goolsbee were at his side. The family would like to extend our thanks to Dr. Jim Hoyle, Dr. Tony Lin, and the entire staff of The Hallmark for their care.

Every obituary must contain the particulars of a person’s life, so here are those of my father, Charles Thomas Goolsbee: Born in Houston, Texas on January 13th, 1935 to Charles Culberson and Mary Pearle (Gipson) Goolsbee. He married Carol Anne Brindley of Fall River, Massachusetts on April 3rd, 1961, having three children; Catherine Anne (1/13/62), Charles Thomas (10/5/63), and Mary Patricia (11/10/70).

Charlie Goolsbee attended Schreiner Institute in Kerrville, Texas, Baylor University and Baylor Law School in Waco, Texas graduating in 1956 & 1958 respectively. He passed the Texas Bar in 1958, and the Illinois Bar in 1964. He had an individual Law Practice in Houston, Texas in 1958/59, and was an Attorney for the Securities & Exchange Commission in Washington D.C. from 1959 through 1963. From 1963 through 1972 he worked at Allstate Insurance Co., Northbrook, Illinois rising from Senior Attorney to Assistant General Counsel. He was Associate General Counsel for CNA Financial Corp of Chicago, Illinois from 1972 until 1975. At American General Insurance in Houston, he served as Vice President and General Counsel from 1975 until 1980, and then became Senior Vice President, Secretary, and General Counsel for Texas Air Corporation from 1980 until 1991, when Texas Air changed its name to Continental Airlines Holdings, and Charlie became their Executive Vice President, until he retired in 1995. Charlie also served on the Board of Directors of many companies, including Continental Airlines, and digital.forest, Inc.

Particulars are just that, particular. Milestones in a life; facts, dates, schools, husband & father, employers, positions held, etc. They do not really give you insight into the man himself. The man in this case was our father, and he was an incredible man. A man of character, a man of his word, and a man who could be counted on as a friend, and a mentor. Most of all he was a very giving man. Giving of his passions in life, giving of his time, giving with his advice, his support, and his love.

Outside of work, his passions were many, and life-long.

He loved automobiles in general, and sports cars most of all. Whenever I see a red MGA I remark that I owe my very existence to that kind of car; as it was what he was driving when he met my mother. I can recall many cars that he enjoyed throughout my childhood. My earliest cogent memory is from the back seat of his 1964.5 Mustang. His black MG-B. The 1950 MG TD that he restored in the basement. The Corvette he bought right after I left for college, and the Porsche 911 that he crashed on the Allen Parkway in the rain. The Mercedes-Benz 300sl, which he sold too early. The Jaguar XK-120 that he and I drove over hundreds of miles of unpaved roads in Nevada. The “Dentist’s car” Mercedes 280se coupe that I helped him sell just last year. Of course the E-type Jaguar, which I bought from him to save my parents’ marriage. The less said about that, the better.

There are two alpine sports that Charlie Goolsbee, a man born and raised in the hot flatlands of Texas absolutely loved: Skiing and Backpacking. He skied through six decades of his life. Taking up the sport later in life, he told the story about his very first ski trip. Being from Texas he had no real winter clothing, so he rented a full package from a place in New England that included skis, boots, and poles, but a ski suit that advertised the “Ye Olde Ski Shoppe” on the back of the jacket in large letters. Our family spent at least one week every winter skiing somewhere in the west; Vail, Big Sky, Taos, etc. Typical of driven Charlie, we had to be the first on the lift in the morning, and the last off the hill in the afternoon. This routine was so ingrained in me that it came as a shock later in life that Dad had mellowed with age and was pretty relaxed in his pace to get on the hill in the morning. An annual event, called “Camp Carol” brought the entire extended Goolsbee family together each year from the early 90s through 2016 at their home in Vail to ski, and enjoy family dinners every night. Charlie truly loved to ski, and used the sport as a way to enjoy life, make friends, and spend time with family. One of Dad’s greatest enduring gifts to his children and grandchildren has been ski lessons practically from the moment of completion of potty training; the result of which is that my sisters and I are excellent skiers, and his grandkids all ski even better than their parents do. Many of you have skied with Charlie, and I hope you think of him with joy on those bluebird powder days he loved so much.

Charlie Goolsbee loved being in the mountains so much that he voluntarily strapped a heavy pack on his back and ventured into them on foot for days, and often weeks at a time. For those of us who were lucky (or unlucky depending upon the trip and weather) enough to be close to him, we went along. Early he earned a reputation as “March or Die Charlie” from some of his backpacking companions through his sheer will and relentless pace. I always attributed this to his use of backpacking to un-stress from work, because after about three days of dogged walking up and down mountains he would begin to unwind, relax a little bit, and linger in places with beautiful mountain views, amazing waterfalls, or scenic lakes. He hiked the length and breadth of Isle Royale, a National Park in the middle of Lake Superior, as well as in almost every mountain range in New Mexico, Colorado, and Wyoming, including all four corners of Yellowstone National Park. Many trips into the Spanish Peaks wilderness in Montana, and several backpacking journeys in the Canadian Rockies. Perhaps the most memorable trip, was also the most adverse; Being tent-bound for days in April 1979 by a freak blizzard in the mountains of the Gila Wilderness in New Mexico. It was just the two of us, and we awoke on the morning of April 11th, 1979 to well over a foot of snow coving our very small tent, and more coming down. It snowed all day. We stayed inside the tent, as we were not equipped for winter conditions at all. Some chilly nights were expected, but not feet of snow! We waited out the storm, packed inside this miniature nylon envelope, munching on M&M’s and telling each other stories to pass the time. I recited, verbatim, the entire movie “Monty Python & The Holy Grail” to my father, who was fascinated that I could recall every detail, while never being able to understand Algebra. The weather eventually broke after a day and a half, and we made our way down out of the mountains, taking turns (we both have the same size feet) breaking trail with the one pair of good hiking boots we had since I was trying out the newly available lightweight sneaker-style hiking shoes. The snow had stopped, but a wicked wind came on, making erecting the tent nearly impossible, and building a fire to warm our frozen feet and shoes completely out of the qustion. A day later the wind died down and the temps warmed, and we beat a hasty retreat out of the mountains to enjoy steaks in El Paso. 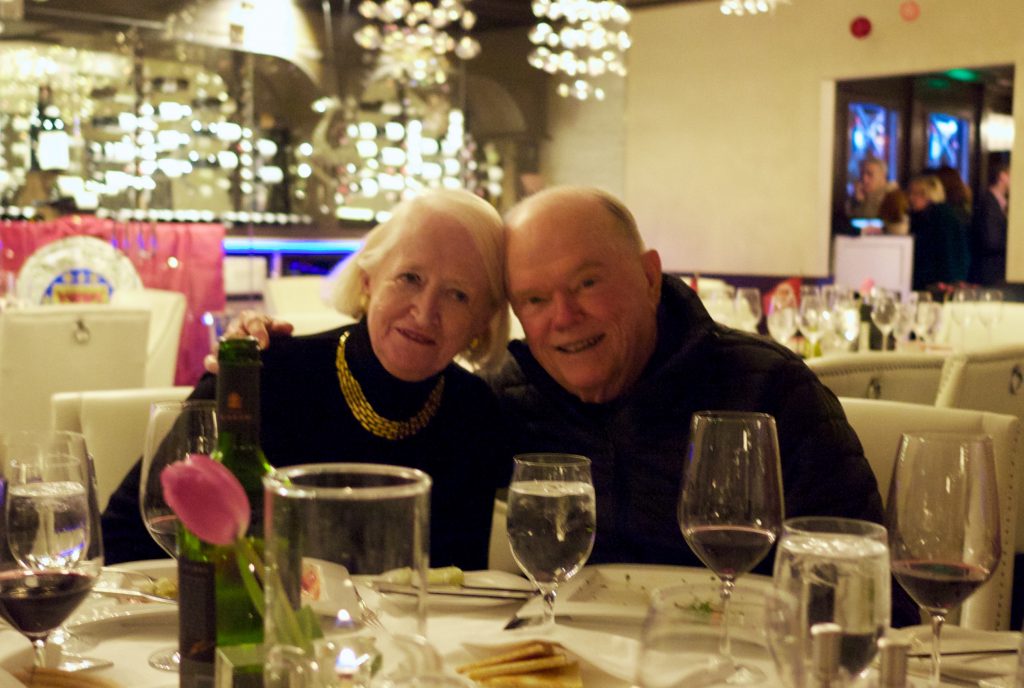 Along with my mother, he learned to appreciate and savor great foods and wine. Charlie’s parents were simple folks from East Texas, and to say they perferred simple foods is an understatement. My grandmother cooked food to well past the point of any possibility of enjoyment. My mother however was truly a gourmet chef, something I did not come to appreciate until adulthood. Charlie teamed up with Carol to set a wonderful table filled with great food, amazing wine, and delightful conversation. I learned from my father that there is no better way to spend time with your fellow human beings than at a table. All of we Goolsbee’s have embraced that philosophy, and live it as much as we can.

Charlie Goolsbee truly LIVED his life, to the fullest extent. He was insatiably curious about everything around him. History. Astronomy. Art. Philosophy. What makes us human. He and Carol traveled extensively to explore these curiosities. Something I learned to appreciate in my father most of all was his comfort with a lack of definitive answers to these curiosities. He was truly comfortable with philosophical as well as practical ambiguities. Perhaps it was his legal training and experience, or maybe it was just his nature (or maybe from decades of cheering on the Baylor Bears?), but it made for a great source of insight and mentoring. He never came to assist with your problems with definitive answers, but instead with advice about potential pitfalls, realistic options, and a small dose of personal experience to provide guidance. His friend Dr. Jim Hoyle perhaps said it best when he told us: “He was my friend when he felt I was doing the right thing, and was a better friend to question me when he felt I may be making a mistake.” Indeed there was no better human being than Charlie Goolsbee giving you counsel when faced with a tough situation. It is these qualities that I will miss most of all in my life going forward without my father. I imagine my sisters would agree, and I imagine most of you who knew him feel the same way.